Why startups should consider Node.js?

A startup that succeeds can make a lot of money for themselves and their investors. However—as the common VC proverb goes—for every one startup that hits it big, another nine will fail. So, of course, a startup is a risky endeavour. Often enough “raising” a startup is a lot of trial and error. There are a lot of new things and a lot of unknowns, but there are a few things that are completely in your control, like the startup domain, direction, product and technology. The latter has a significant contribution to your startup’s success or failure.

JavaScript is justly called the most popular programming language several years in a row, as it is a common software development technology among both startups and well-established enterprises. Initially employed for front-end development, it has quickly become one of the major tools for back-end and even cross-platform mobile app development.

Among the developers recently server-side Javascript frameworks became hugely popular because of the ease of development and other performance attributes.

Just check out this Github chart. 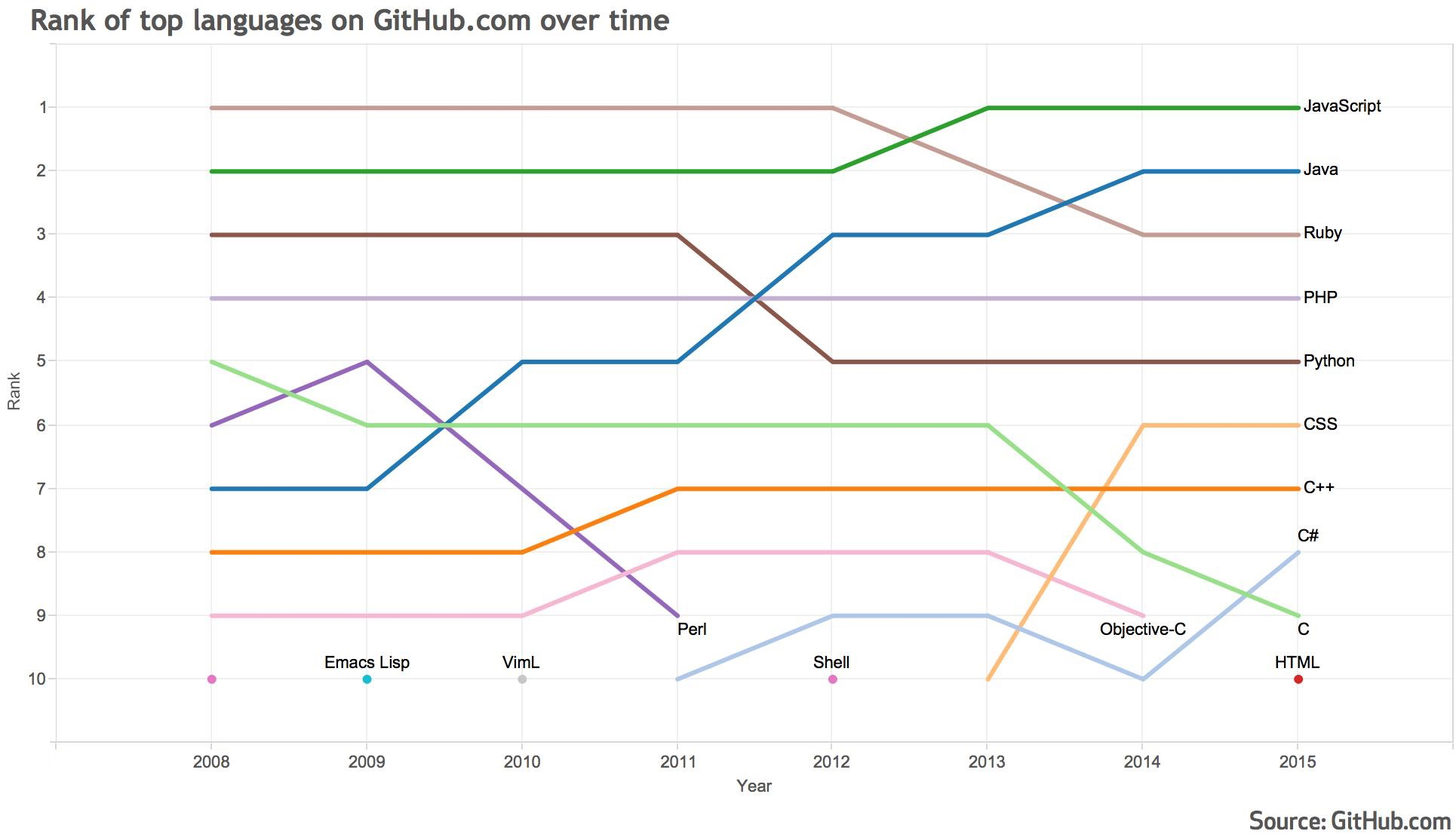 Among all the server side frameworks Node.js became the most favourite among startups worldwide.

People often say “Node js programming language”, though it is not a language itself, or framework or library. It is a cross-platform runtime environment built on Chrome’s V8, high-performance open-source JavaScript engine. To ensure excellent performance, Node applies event-driven, non-blocking I/O paradigm. Its package ecosystem, npm (Node Package Manager), is the largest software registry in the world.

Node project was introduced in 2009 by Ryan Dahl during the European JavaScript Conference and instantly seen as “the most exciting single piece of software in the current JavaScript universe”.

Let us discuss here on the impeccable reasons that Node.js should be preferred by most startups.

For many startups, their entire server-side mobile software stack is fully built in Node.js. The main reason in most cases is the scalability. Even many big names in the recent past preferred to build their stacks on Node.js. eBay, LinkedIn and Groupon are some of these notable companies. According to many Node.js shown unmatched performance in maintaining live server-side connections while always delivering robust capacity to handle multiple services. eBay in 2013 while building server-side stacks for mobile devices considered Node.js to be more capable in respect of scalability.

2)It requires a low learning curve:

If you opt for Node.js, you can benefit from the ease of sharing one and the same language both on server and client sides. It removes the necessity to switch between back-end and front-end and requires fewer developers to maintain the server, as you can have one team on both sides.

What is more, such overall JavaScript applications require less code and fewer files, compared to those ones, with different languages on the backend and frontend. As a corollary to this, startups can reduce the amount of code, scale back the number of involved risks, and gain the engineering speed.

3)It boosts the development speed:

For most startups, entry into the market is a lengthy process with a great number of tests, while this is where Node.js can assist in many ways.

The technology itself is lightweight and comes with multiple tools to accelerate the development speed. Npm registry offers various libraries and helpful solutions to create more value with less effort. Reusable templates, in turn, make it possible to reduce the size of your application and cut down a number of bugs, making the time-to-market cycle shorter. Language consistency on the server and client sides makes data timing handier and less time-consuming.

Developers enjoy new, intriguing programming languages and this has helped Node.js gather a vast community of engineers, eager to share their impressions or to offer their support on the various Node.js forums out there.

Node.js foundation was introduced back in 2015 with the mission to handle the development and production of the Node.js project. Such leading companies like Microsoft, IBM, SAP, Fidelity, and some others have joined it as founding members. Currently, the community counts over a thousand of individual contributors and the technology is used by over 300 hundred startups and well-established companies. Such background makes it a mature and well-tested tool that won’t be neglected anytime soon.

Node.js for Mobile Apps is a toolkit for integrating Node.js into mobile applications. Its core component is a library – available for Android and iOS – that lets you add a Node.js background worker to any mobile app. It also includes plugins for React Native and Cordova.

The Android version of the core library uses the V8 JavaScript engine – much like regular Node.js. So it is very similar to a Linux build of Node, but with a few platform-specific tweaks and fixes.

On iOS, V8 cannot run because the operating system forbids just-in-time compilation; so instead of V8, we use our own port of the chakra core engine, on top of the integration with Node that Microsoft created in Node.js on chakra core. chakra core has a well-optimized, pure interpreter mode which complies with iOS’ restrictions.

How to schedule functions in Google AppScipts?

I was assigned a task of creating an application that could be scheduled periodically in Google AppScripts.  This application should appear as a Modal Window in a spreadsheet whenever the user requests for it from Read more…

How we make a Local Host server in Nodejs